This is a brief overview on how to play ZEscape:

When hosting a game it will wait until there are at least 2 players
.  before the game begins:

Escape
Humans run for their lives and attempt to make it to the extraction point.
Some levels have multiple stages when humans win.
This mode enables humans to pick ability classes, support/DPS.
The Reaper is randomly chosen from the zombie team after some time.

Survival
A classic hide-and-seek game mode, humans team up or spread out
to either defend a position or hide until the timer runs out.
This mode does not allow any ability classes.
The Reaper can be spawned after a zombie has taken enough damage
or eaten enough brains.

Press “E” to interact. Change your weapon loadouts
and pick ability classes if available.
The Gun Vendor can be found early on in every level. 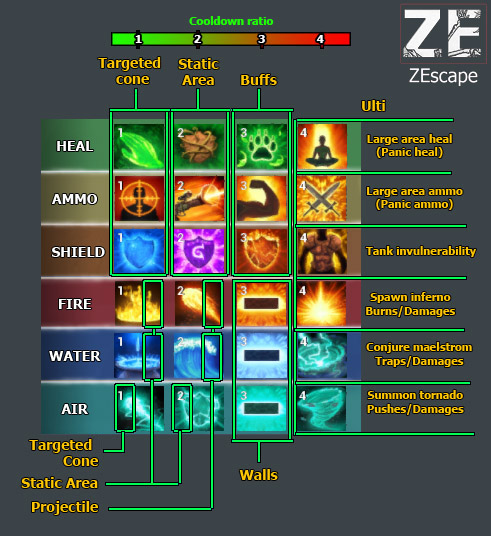 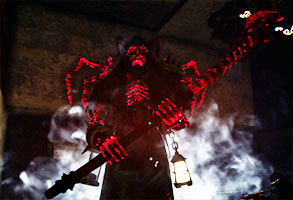 Powerful, resilient, but easier to hit. The reaper can unleash
devastating abilities at the human team.

The Reaper Claws and Snare can be dangerously effective at
pulling back or slowing down humans.

For the time being, the reaper can still deploy a leftover from
the earliest prototype stages of the ability system.
Pressing “Q” will drop a circle heal area, slightly healing all undeads
in the vicinity.

As players progress through the levels, advancing quickly and
triggering the gate mechanism is critical to their survival.
However don’t abandon your team and make a run for
an open gate too hastely.

. Checkpoint teleports may punish players
that fall too far behind.

Victory is near! Reaching the extraction zone triggers the final stand.
Hold out and prevent any undead from entering the zone, or all is lost.